What does the research say about women in leadership? 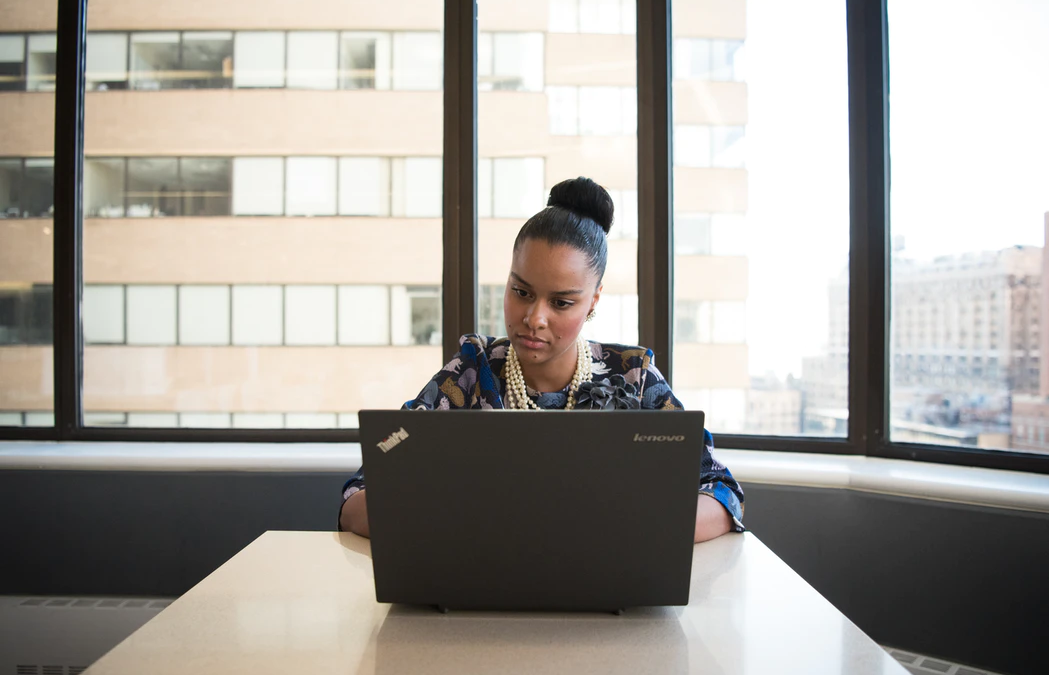 In this month’s edition of the our Did You Know What The Research Says? series, we will be exploring qualitative and quantitative data outlined in a study conducted by the Diversity Institute on Diverse Representation in Leadership: A Review of Eight Canadian Cities published this year.

The findings of this report are exactly what accelerate us into action at Accelerate Her Future.  We launched in 2019 to provide Black, Indigenous and Women of Colour (BIWoC), pursuing early careers in business and tech, with leadership development, career-readiness skill-building, unique reciprocal mentorship, and a diverse influential network of mentors and allies committed to their career success. Our vision is a world where BIWoC are fully participating at all levels of leadership in business and tech.

Progress has been alarmingly slow and more needs to be done

The findings suggest that there are significant barriers limiting BIWoC in Canada from reaching leadership positions. A lack of representation on boards that adequately reflects the demographics of the cities reviewed in the study reflect the systemic barriers that limit BIWoC from accessing key opportunities that allow them to reach leadership positions. Organizations and institutions need to do more to support BIWoC in entering leadership by addressing these barriers. Moreover, a lack of data in some cases limits the ability to measure progress. Progress has not just been slow, but in some cases, we have regressed:

Why is Diversity and Inclusion on Boards Important?

The facts clearly indicate a lack of representation at the board level in the eight Canadian cities studied in the report, painting a picture that, undoubtedly, more needs to be done. The business case for diverse boards has been established over the decades. The report is one of many we’ve come across that outline the benefits of board diversity including:

Companies with racially-diverse leadership have been cited to be more likely to outperform peers when it comes to profitability, as those with gender-diverse leadership. While the business case is clear and has been touted for decades, there is a stronger case for needing to do better in Canada and globally. In a recent Harvard Business Review article, Geletkanycz and colleagues found that while the representation of women on the boards of some of the world’s leading firms has increased slightly in the last decade, the number of top companies with even a single racialized director has declined over the past 10 years.

The State of Diverse Representation in 8 Canadian Cities

The Diversity Institute study looked at some of the largest cities in Canada including Toronto, Montreal, Vancouver, and Calgary, among others.

Since the proportion of different groups varies significantly by city, it is important to look at the context in which representation data is set. For example, over half of Toronto’s population are POC where only 15.5% of board positions are occupied by them.

The study also found a difference among sectors. On the low end of the spectrum, the corporate sector has the least representation with only 25.3% and 4.5% board positions held by women and racialized people, respectively. In contrast, women and racialized people have the highest representation in education and municipal agencies, boards and commissions.

As we have spoken to in our previous blog, it is critical to apply an intersectional lens when looking at this data — that is, to examine the intersection of an individual’s identities and their resulting experience. Otherwise, the statistics can be misleading when considering the experiences of BIWoC. For instance, while women account for just over half of the population in Montreal and hold 43.3% of board positions, POC make up 22.6% of the population and represent a staggeringly low 6.2% of board positions. This statistic suggests that those at the intersection of gender and race (in this case, BIWoC) are likely represented even less. This disparity exists in every city that took part in the study. In Toronto and Vancouver, White women outnumber racialized women significantly by a ratio of “7:1 in board members across all sectors” (p. 24).

Many systematically excluded groups, including POC, Indigenous peoples, and people with disabilities opt out of leadership positions in the corporate sector. According to the study this trend is attributed to the belief that corporate boards have an opportunity to be more inclusive. A board that reflects representation versus one that consists predominantly of White heterosexual men can signal very different corporate cultures. One key barrier to exclusion from leadership opportunities is the lack of coaching, mentorship and sponsorship for BIWoC which provides access to networks and the informal rules that often increase access to leadership positions.

The Black community’s history in Canada dealing with oppression creates “unique structural barriers” faced by Black people today. Since there is data on the Black community in leadership positions in Canada, the study uses existing data to draw a few strong conclusions:

These findings tell a powerful and sobering story. The lack of representation of Black individuals and Black women in leadership is not a pipeline issue. Rather, it is hiring, retention and advancement policies and processes that create barriers .

The study suggests solutions should be divided by barrier level: societal or macro level, organizational or meso level, and micro level.

Societal level barriers include legislation, policies, culture, and stereotypes. It involves examining systemic and institutional structures of discrimination and inequality.

The study goes into detail about the many ways a lack of diversity can be reinforced within society or an organization and provides recommendations and strategies for enhancing diversity and inclusion on boards.

To us at Accelerate Her Future, change starts at the individual level. Until we start looking inwards and face our biases and privileges, recognizing that others may not have the same privileges as us, we will not be able to move forward as a society. We will only make lasting and impactful progress with more BIWoC in leadership on boards when we are willing to transform our systems through the decisions we make and the actions we take every day.

Read our last Did You Know What The Research Says? here.

Shefaly Gunjal is a professional and researcher in the diversity, equity, and inclusion space who focuses on addressing the barriers Black, Indigenous and Women of Colour face in the Canadian workplace. She is a graduate student at the University of Toronto, the Impact Research Lead at Accelerate Her Future, and a Research Associate at Canadian Equality Consulting. Shefaly recently finished an internship at Global Compact Network Canada working on their gender equality in the Canadian private sector project and has extensive experience working on UN projects related to food security in developing countries.

Photo by Christina @ wocintechchat.com on Unsplash